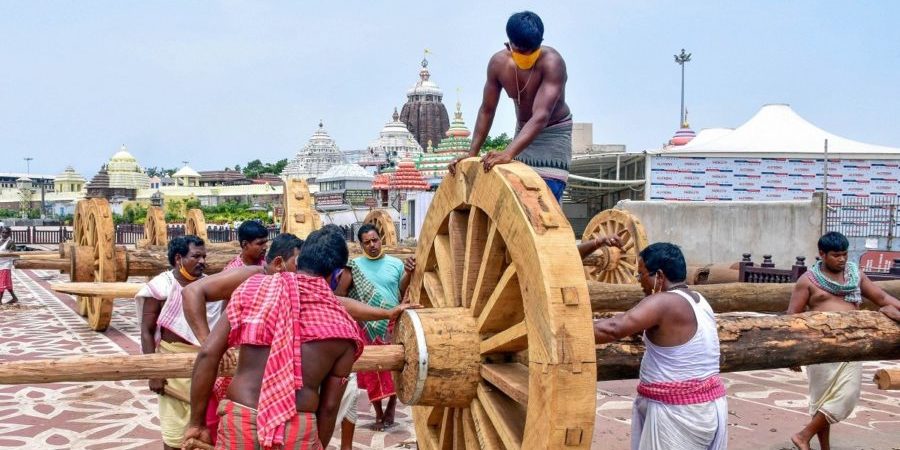 Three temple-shaped chariots tower over the sea of humanity at the Grand Road in Puri. It is that time of the year again when the Trinity — Lord Jagannath and His divine siblings Lord Balabhadra and Devi Subhadra — travel to their aunt’s house from the 12th century Jagannath Temple for an annual sojourn, riding their respective chariots. The occasion is Rath Yatra, the biggest religious festival of Odisha.

While Lord Jagannath’s Nandighosha chariot is 45 feet high, Devi Subhadra travels in the 43 feet high Debadalana and Lord Balabhadra rides the 44 feet tall Taladhwaja. These architectural marvels are carefully crafted by a team of 75 carpenters under the watchful eyes of three Mukhya Biswakarmas (chief carpenters)— Bijay Mohapatra, Krushna Chandra Maharana and Nrusingha Mohapatra— within a 58-day deadline that begins on Akshya Trutiya. The Mukhya Biswakarmas belong to a lineage of temple servitors who have been assigned this service for several generations.

Each of them works with a team of 25 carpenters. Every year, Bijay takes charge of building Nandighosha (the biggest among the three) for Lord Jagannath, while Nrusingha and his carpenters build the Taladhwaja. Eighty-three year-old Krushna, the eldest of the three chief carpenters, constructs Debadalana for Devi Subhadra. The three had last year also built new idols of the Trinity in the temple for the Nabakalebara. The Rath Yatra’s history is several centuries old, but the traditional style of making the chariots has not changed.

A wooden log in front of the wheels serves as the manually operated brake in the chariot, which is pulled by lakhs of devotees. Last year, 17 feet high and 16-inch wide Sal logs were used as brakes in each of the three chariots,” informed 55-year-old Bijay, whose involvement in making the Nandighosha chariot began at the age of 11.

“This is hereditary work and it has to continue, come what may. We are bound by the wishes of Lord Jagannath,” the Trinity’s carpenter says with a smile.

The unique feature of chariot construction is that all the measurements are done by hand span. “We have never used a scale or measuring tape. Our forefathers used to measure the logs with their hands,” recalls Bijay. The Mukhya Biswakarmas say a total of 42 wheels are required for the three chariots, with 16 wheels for Nandighosha, 14 for Taladhwaja and 12 for Debadalana. Nrusingha says that making the wheels is the most important part of the construction.

“The chariots are made with Phasi logs and over 5,000 pieces of wood are required. Once the logs arrive in Ratha Khala (chariot construction yard), we select 70 carpenters who size them for the chariots. We lay special focus on sizing the wheels because if they are not proportionate, chariots will not move safely,” he adds.

Nrusingha has been making chariots for the last 14 years. The frame and wheels are decorated with colourful designs inspired from Odishan temple architecture. The frames are then covered with intricately embroidered green, black, yellow and red cloth, which are embellished with Pipili applique craft and brass figures. Bijay and Nrusingha hope to construct chariots for 10 more Rath Yatras before they allow their successors to take over. Krushna, on the other hand, has already started training his four grandsons .

“This is hereditary work and it has to continue, come what may. We are bound by the wishes of Lord Jagannath,” the Trinity’s carpenter says with a smile.

Note: The story was first published in The New Indian Express 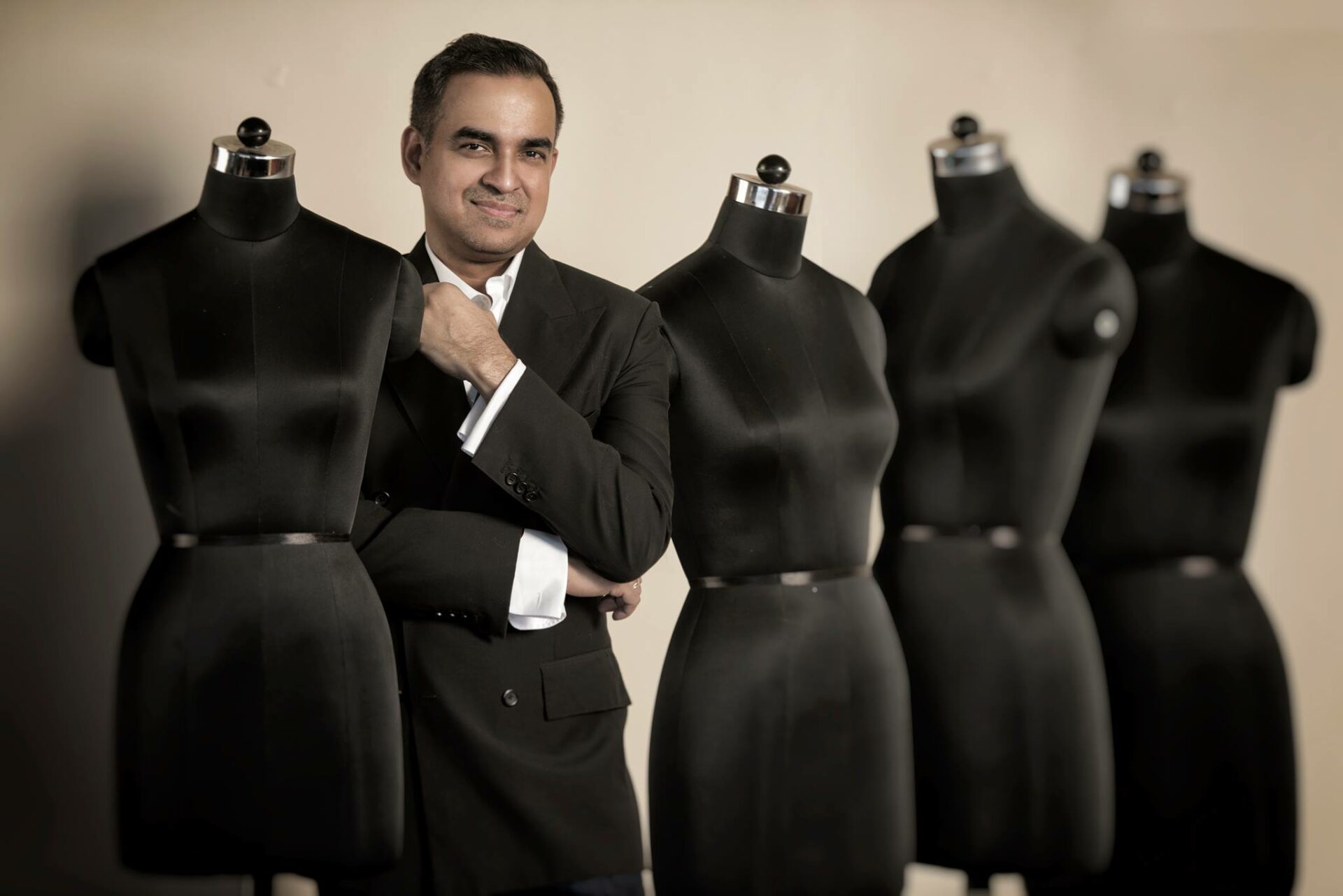 Odisha Featured
Bibhu Mohapatra: An Odia Boy who Designs for America’s Most Iconic